Can I come see him/her?

Seeing your loved one at the funeral home is a more appropriate atmosphere than the morgue. However, exceptions are made to ease the pain of a grieving family, or in some cases it would be for identification purpose.

Certainly. You may call 815-942-3792 between 8:00 am and 4:30 pm, Monday-Friday or leave a message on the answering machine. The Coroner’s cell phone is 815-405-1210 and that number may be called at anytime. For questions of interest that pertain to forensic death investigations, you may email the coroner at jcallahan@grundycountyil.gov .

Is an autopsy always performed?

Not always. If the death is a “Natural Death” and the deceased has a physician who knows the medical cause of death and will furnish the Coroner with acceptable cause, the Coroner will normally not order an autopsy.

Is there a charge for these services?

What about funeral arrangements?

What Are Inquest Cases?

A coroner’s inquest is neither a civil nor a criminal trial proceeding. It is simply an inquiry into the cause and manner of an individual’s death. An inquest is conducted by the coroner with six to eight jurors present. The inquest takes place in the Grundy County Administration Center located at 1320 Union Street, Morris, IL 60450.
The purpose of the inquest is to present pertinent information concerning the unnatural death of the victim in order for the jury to arrive at a manner of death. The cause of death is often readily apparent and obvious, based on the facts, circumstances, medical evidence and in some cases, toxicology and autopsy results. The real essence of the jurors’ responsibility is to establish the manner of death (suicide, homicide, accident, natural or undetermined). The coroner will summon to the inquest the individuals who have pertinent information concerning the incident. This often includes, but is not limited to, the person who found the deceased, witnesses to the incident, those involved, police officers and investigators, and in some instances, a direct relative. All individuals summoned will present testimony (answer questions) to the jury. Any professional reports (autopsy, toxicology, x-ray and laboratory reports) will be presented at that time. These reports are not released to the public until the inquest procedures are concluded. All information and testimony at the inquest is recorded and/or transcribed by a stenographer. The inquest is open to the public and may not be closed pursuant to any requests to do so. Anyone may attend proceedings. Upon completion of the testimony, the coroner’s jury will deliberate in private. They may request additional testimony, evidence, or conference, as they deem necessary. When the jury has concluded their deliberations, they will issue a verdict through the foreman as to the cause and manner of death (accident, homicide, natural, suicide, or undetermined).
A new law went into effect regarding the Coroner’s authority in conducting an inquest on a death case. Effective January 1,2007 a Coroner may or may not hold an inquest to determine the manner of death in a suspicious or unnatural death. The Coroner now has the authority to make a decision as to whether he or she will inquest based on all of the evidence gathered on the case. The Coroner will assign a manner of death if any inquest is not conducted. The Coroner can still choose to hold an inquest on a case at any time, or if the family of the decedent requests the Coroner to have an inquest.

What Happens During a Coroner's Investigation?

Once it has been determined that death has occurred, police personnel seal off the scene and the Coroner’s Office is called. The processing of the scene provides the factual information needed to determine what occurred. In many cases, evidence obtained at the scene may be critical to the outcome of the investigation. The time involved in processing the scene varies widely, from hours to even days. An investigation usually takes 4 to 6 weeks to complete. This could also require subpoenaed medical records, dental records, etc. An autopsy is performed when necessary and toxicology samples are taken and submitted to a forensic laboratory for analysis on many cases.

If the victim is deceased at the scene, he or she remains at the scene until such time when removal will not jeopardize the critical scene processing. This can be difficult for family members who want their loved one tended to as quickly as possible. Every effort is made to remove the victim from the scene as soon as possible. Each death scene and circumstances related to the death are unique and may require special considerations. Investigation should also occur when a death is investigated and the physician does not agree to certify the death. A temporary death certificate is filed with the local registrar at the Grundy County Clerk’s Office until the permanent is ready to be filed. After the investigation is completed and if it is determined the death was of natural causes, the Coroner signs and files the permanent death certificate with the local registrar. However, if during the investigation it is determined that the death was not of natural causes or there are unusual circumstances, an inquest will then be scheduled. Then the funeral director will be notified and the permanent death certificte will be filed after the completion of the inquest.

As part of any death investigation, the Coroner’s Office must gather information. This includes asking questions which may be painful and upsetting to family members and friends. It may also include collecting a variety of evidentiary items. As painful and upsetting as these questions and procedures may be, please keep in mind they are necessary and required in a death investigation. If there is something the Coroner’s Office can do for you to minimize the pain of this process, such as calling a friend or family member, please let us know.

Where is my loved one being taken?

Your loved one may be transported to the Grundy County Coroner’s facility. This laboratory facility is where we will perform a medical examination on the deceased.

Why are autopsies performed?

There are a number of reasons autopsies are performed. However, the basic reason is to determine the medical cause of death. Another primary reason is to gather evidence for presentation in a court of law.

Why is the Coroner involved in the death of my loved one?

The following is a list of deaths the Coroner is required to investigate:

By far the largest segment of deaths investigated by the Coroner are determined to be natural. Natural deaths include people who have no attending physician to sign the death certificate. It is also composed of those individuals who die suddenly and unexpectedly, even though a physician has seen them recently. They include individuals who have affected their health by the use of drugs or alcohol. All deaths of inmates while incarcerated or when the eventual cause of death is found to have originated while the victim was incarcerated are types of deaths that are investigated by the Coroner. Deaths of individuals who die of disease that might constitute a threat to public health are reviewed. The Coroner must review deaths of persons whose bodies are to be cremated, buried at sea, transported out of state, or are otherwise unavailable for pathological study. Deaths of transplant surgery donors that are the result of some type of trauma are reviewed. 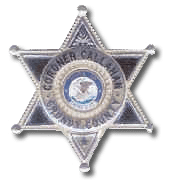